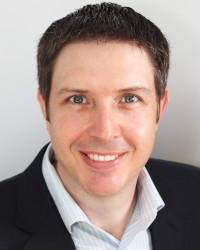 Jason Ball is Vice-President and General Manager of Burloak Technologies as of December 2021. In his role, he is responsible for leading the Company's global operations and further accelerating the adoption of Additive Manufacturing (AM) technologies across various industries. Jason began his career at GE in 2000, and held several increasingly complex leadership roles in engineering, quality, and product management in GE divisions including GE Power and GE Additive. In 2018, Mr. Ball led the development of GE Additive's ATLAS (Additive Technology Large Area System) Program.Following his time at GE Additive, Mr. Ball joined SLM Solutions, a manufacturer of industrial 3D metal printing machines, where he was first head of product management at the company's headquarters in Germany, then General Manager of its Canadian business. Mr. Ball is a licensed engineer and holds a Bachelor of Applied Science in Mechanical Engineering degree from the University of Waterloo.